Hi Birgit,
first of all I would like to thank you for your very good guide books. We spent 4 weeks (from 17.7-16.8.18) in the NT and Kimberley.
My wife, our five year old son and I drove from Darwin to Broome in a hired 4WD camper. 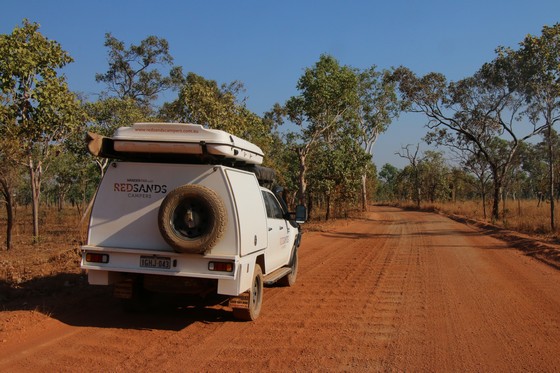 Due to your excellent guide books the trip was very easy to plan and we knew exactly (almost to a boring extent :-) ) what we would get along the route.

Our rough itinerary was: 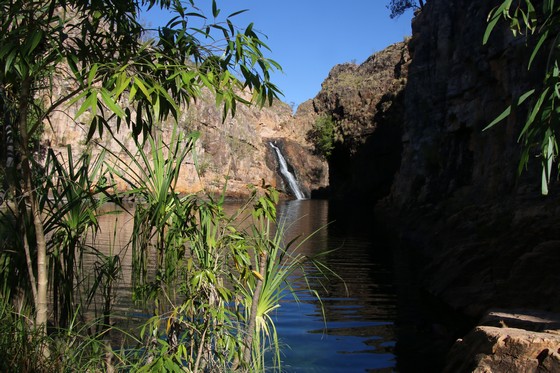 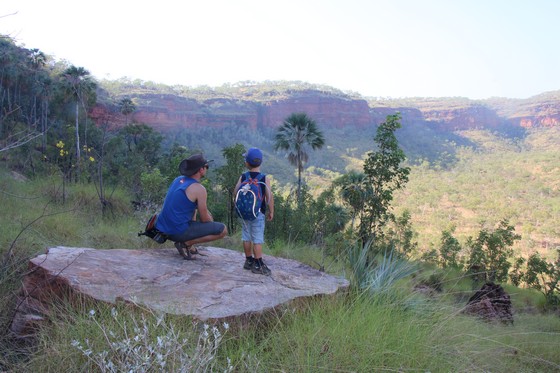 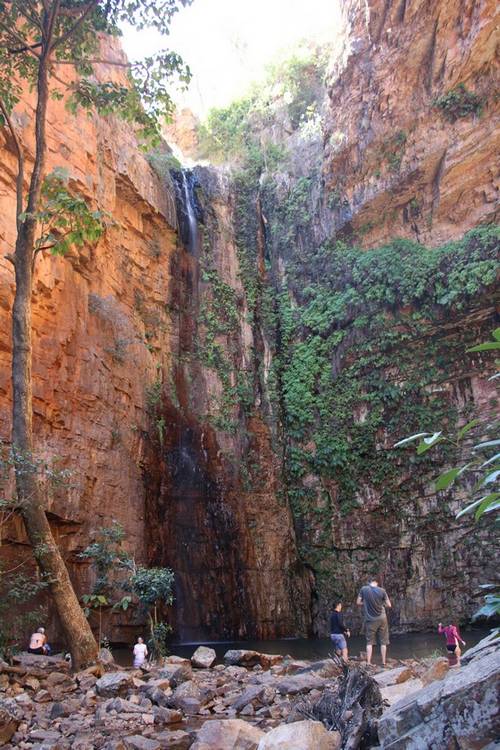 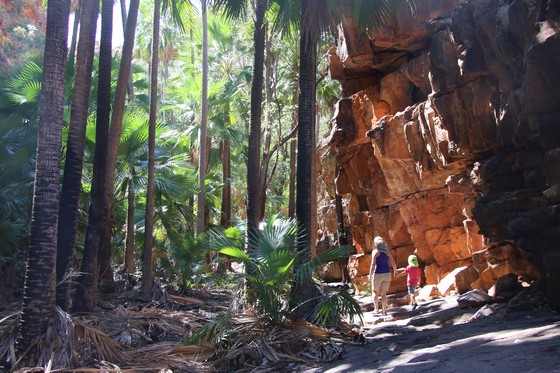 You asked for some feedback about the road to Wunumurra Gorge. I found the road was exactly as you described it. I was very excited because I never did 4WD driving before this holiday and you and other sources like WikiCamps described it as very serious 4WDing. We did not have to do track building but were one of only 3 cars that dared to go till the end of the road. You just have to go slow and need high clearance as mentioned by you. The way up was more difficult off course and we joined with the last remaining car to be to able help each other in case we get in trouble. We touched ground 2 or 3 times but that was it. 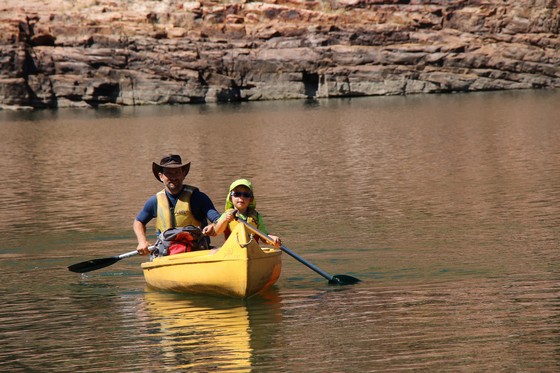 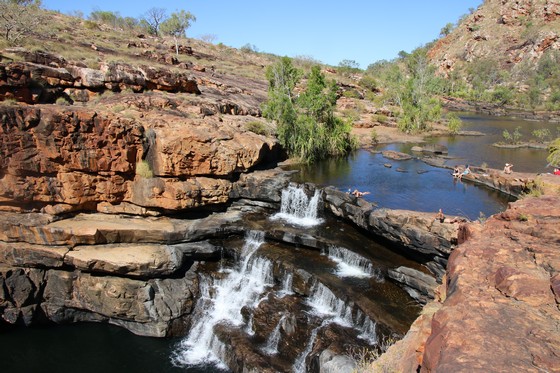 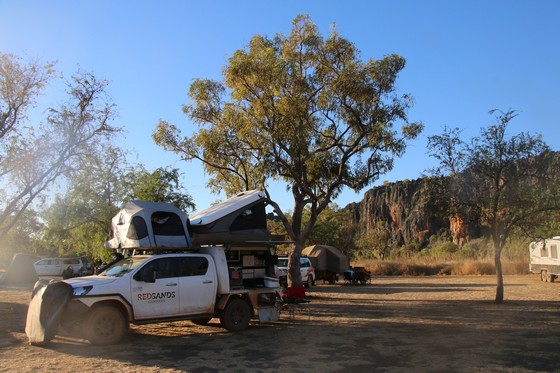 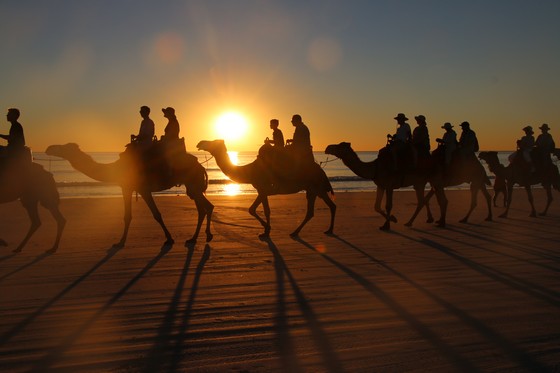 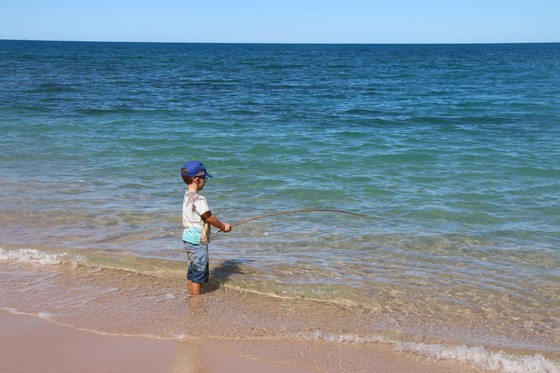 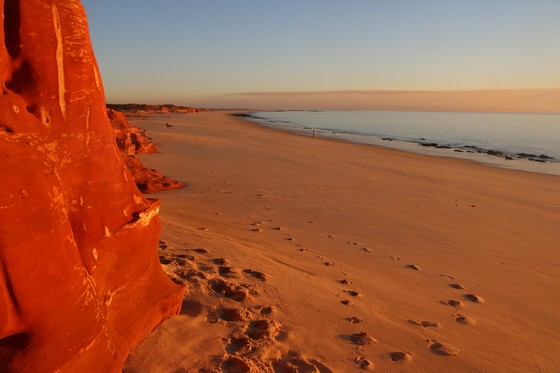 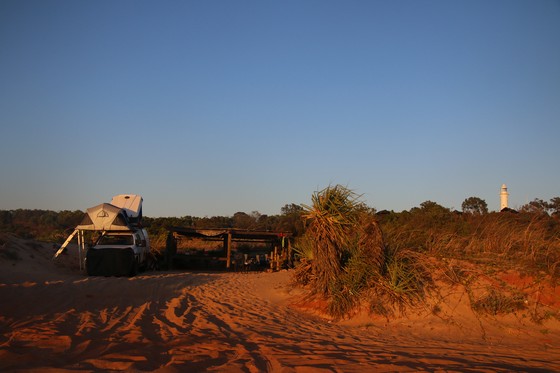 We also did a tag along tour with Brian Lee to Hunters creek. That was also a much laid back and special experience. As you mentioned the sand up there is very soft and I would never have dared to explore the area on my own.  Brian was very nice with the kids and entertaining. Actually you don't do much except a little driving, chilling, fishing, swimming and chatting. But together with the great landscape up there that's all you need sometimes. 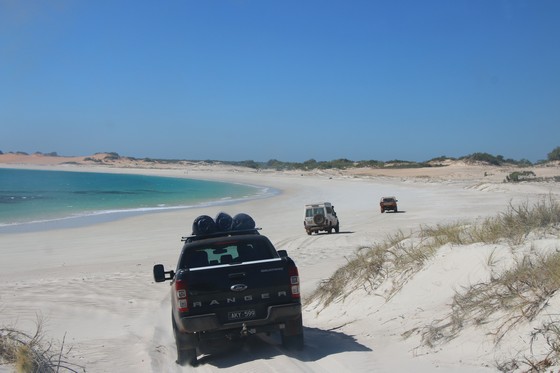 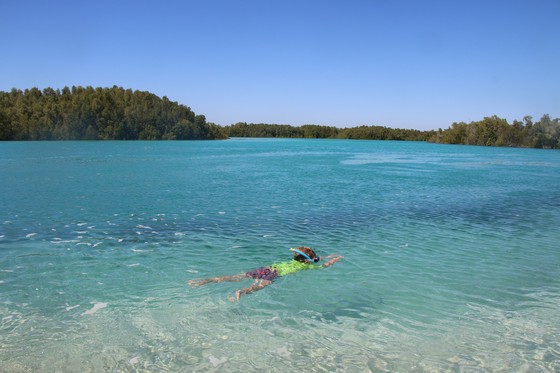 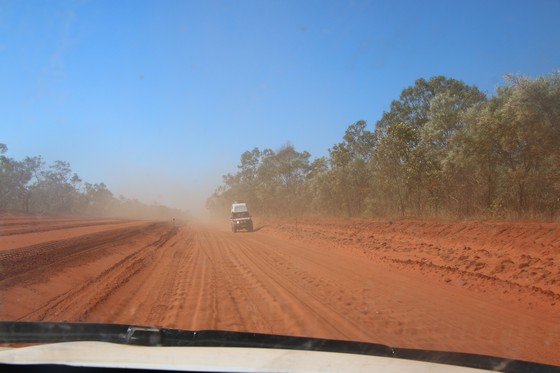 We had the car for 28 days. It was very relaxing and not too much driving. We had to drive about 2-4 hours a day but took our time and had the breaks you need with a 5 year old kid. So usually with the first light we got up, had breakfast and drove to the next place. Then there was enough time to explore the gorge or whatever there was to see. We found it good to do most gorges from lunch to afternoon because the tour buses are gone by then and it is less crowded.

Our son enjoyed the trip it very much. All the nice little walks with a natural swimming pool reward at the end are perfect for kids. We met a many families on long service leave along the way so there was always someone to play with.

We are already dreaming about visiting the places we did not get to.

The complaints about reckless driving reported by other readers I cannot confirm. We were travelling outside the school holidays. I had to overtake one car with a caravan and never got overtaken on the whole Gibb. Everyone was greeting oncoming vehicles. If you stopped at the road, other cars always stopped and asked if everything is OK. 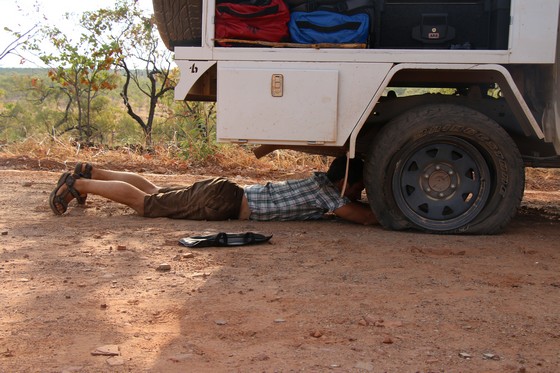 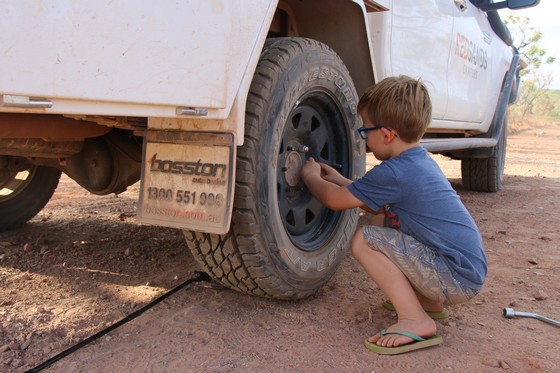 Oncoming traffic always drove to the edge of their lane to make passing as safe as possible. OK, not everyone slowed down. I guess it is a matter of peak season only. There were no road trains on the Gibb.

We never had a problem to find a campground and it never felt crowded or the camps were packed to the last spot (as it must have been during school holidays according to WikiCamps comments).
El Questro and Mornington we booked ahead to be on the safe side.

There is one fact that I am not sure every tourist from overseas is aware of. The limited sunlight. For our relaxed itinerary it was no problem and we were well equipped to cook in the dark but I guess there are people that do not plan with the sun going down at 6 pm. From Europe we are used to have more sunlight in summer (and your dry season is our summer). Sounds stupid but you could add this as a "warning" to your guides. 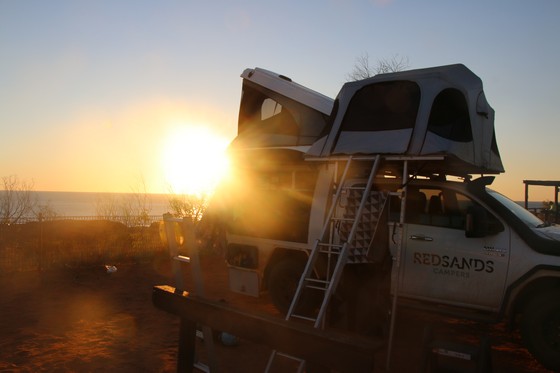 Another annoying thing which I think is not covered enough in your books are the flies. Luckily we brought some fly protection nets with us. Especially in Kakadu they were a real pain in the butt and spoiled the pleasure sometimes. On the Gibb it was fine.

I have to mention that our vehicle from Redsands Campers was perfectly designed and of outstanding quality. Many people approached us because of all the great details. It was one of the only 4WD suitable for a family and still easy to setup. 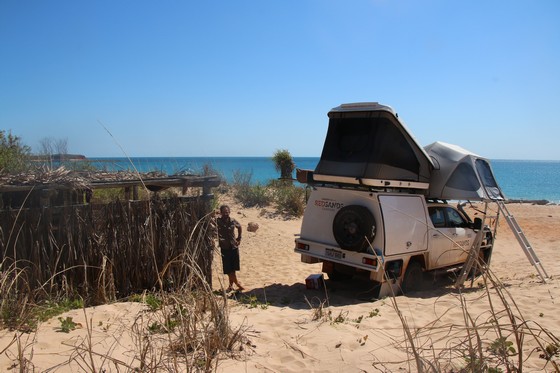 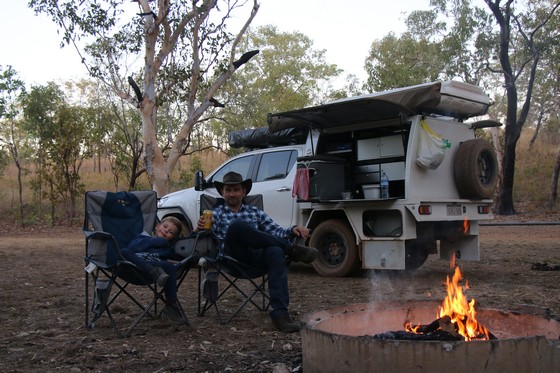 So my short feedback got longer than intended but it feels like you really care about feedback and the itinerary might be interesting for other readers with kids.
Once again thank you for your valuable guide books and newsletters (which I still cannot stop reading even though it is unlikely that we can afford a trip to Australia during the next years again). 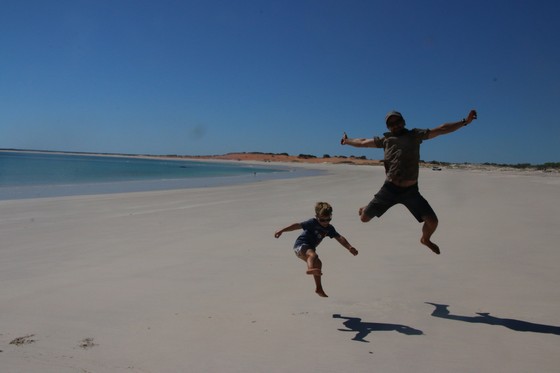