Windjana Gorge National Park is a well known and much visited national park in the Kimberley, because similar to Geikie Gorge and Tunnel Creek it is easily accessible.

And "easily accessible" is not how you would describe most Kimberley gorges. 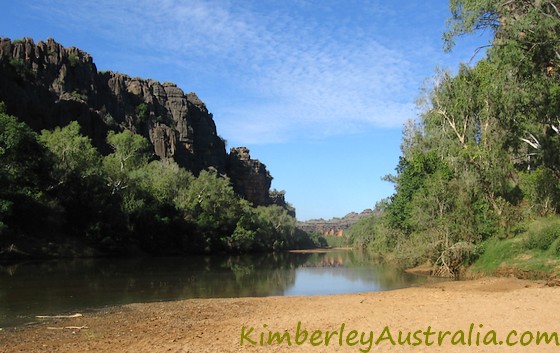 Windjana Gorge is a 3.5 km gorge, carved out of the Napier Range by the Lennard River. The Napier Range is part of the same ancient barrier reef system that you also see at Tunnel Creek and Geikie Gorge. (In the Devonian period, over 300 million years ago, this whole area was under the ocean.)

The walls on both sides of Windjana Gorge are 30 to 100 metres high and the gorge is over 100 metres wide. 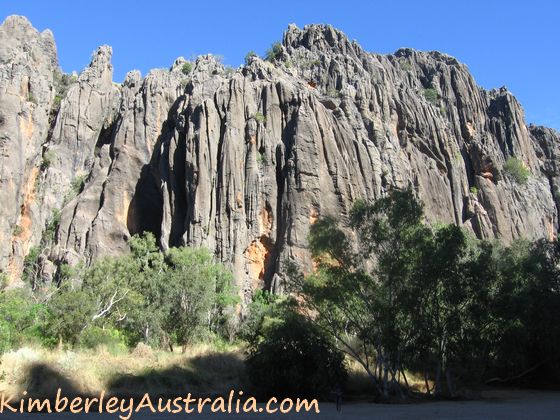 It's an impressive sight, but it would be even more amazing to see during the wet season when the Lennard River is a raging torrent. Of course you can't get near the gorge then.

At the beginning of the dry season it used to be possible to canoe the whole length of the gorge but sadly that's not allowed any more. Anyway, the waters recede quickly.

Most tourists will see the Windjana Gorge by following the 3.5 km path that winds its way through the monsoonal strip of vegetation along the permanent pools of water that remain. 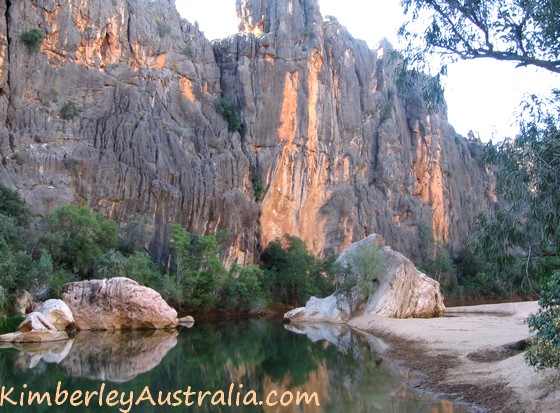 Permanent pool near the entrance of Windjana Gorge.

Brave tourists are known to swim here early in the season. And someone very brave had a dip here one long gone October, at the end of a hot, sweaty day...

I remember standing there, one foot in the water, one sinking into the sandy edge of the pool, trying to throw water over myself while keeping an eye on about two dozen little crocodiles at the same time... 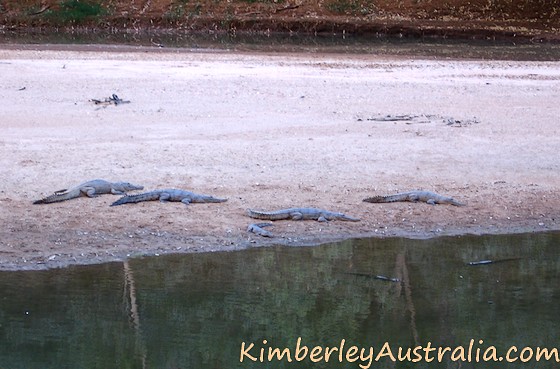 That's the most noticeable feature of Windjana Gorge in my eyes, the freshwater crocodiles. It's what I remember from every visit. There are literally dozens of them, in all sizes. As the pools of water get smaller and smaller they end up more and more crammed into those pools. You really can't miss them. They also seem to be very used to humans, which is no surprise given the tourist numbers here. 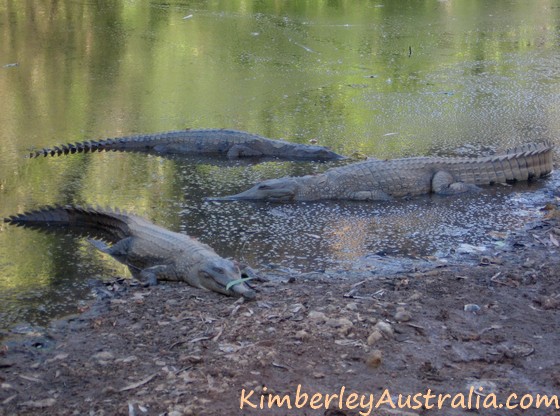 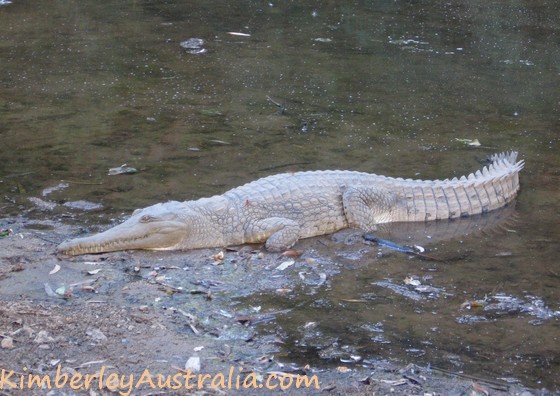 This location is convenient for people who want to see the Kimberley but don't want to have to "rough it".

If you are driving the Gibb River Road, Windjana Gorge is an obvious first/last stop for your trip.

Commercial day tours are available from Derby and Fitzroy Crossing.

As you can probably imagine, a Fitzroy Crossing/Derby self-drive day tour would make for a long day.

Therefore most people opt to stay at the campground at Windjana Gorge National Park. I spoke to one tourist who thought it was an ugly campground, but I find it very nice. 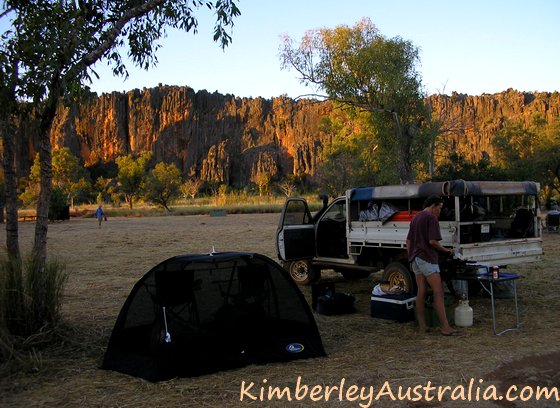 Me cooking dinner at the Windjana Gorge campground.

The view of the Napier Range glowing in the evening sun ... 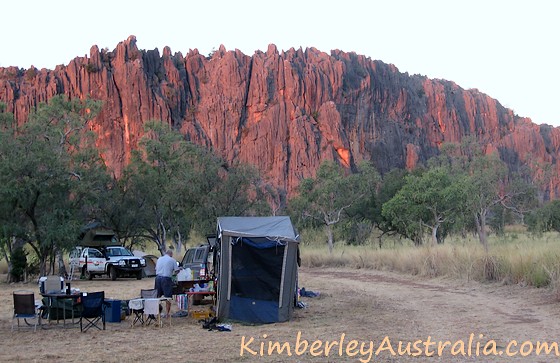 ... makes up for the camp site itself being maybe a bit open and boring. 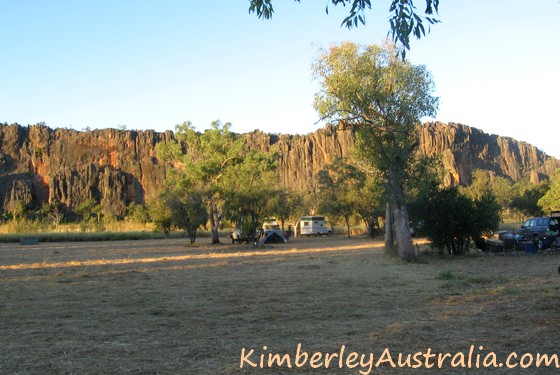 The campground is spacious and well maintained, with good facilities including showers. (Don't take showers as a given at bush campsites in the Kimberley!) There is also a separate area for those noisy generators.

One of the national park rangers will come around in the evening and collect your camping fees.